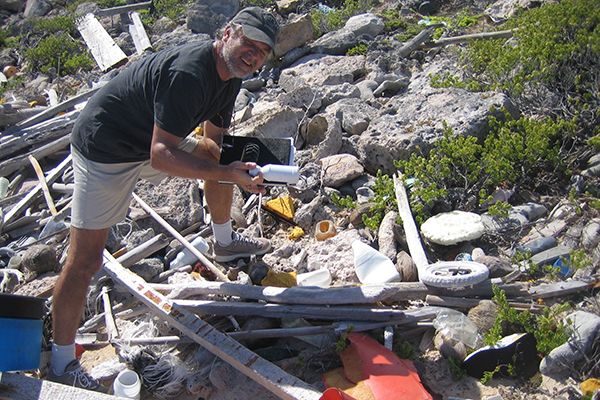 Infiltrating rainwater leaches heavy metals, PCBs, lead, solvents, dioxin, DDT, benzene, CFCs, furans from the myriad of products and substances dumped in the landfill, forming a contaminated liquid that sooner or later percolates downward and – unless we install some barriers – pollutes the underlying ground water. Today, around 45,000 different chemicals are produced and about 1,000 new ones are added each year. Unfortunately, many of these substances are toxic and can damage parts of the complex and fragile environmental web. And equally disconcerting, many of chemicals find their way into our landfills. Even modern landfills with liners and leachate collection systems are a problem. If they are not leaking now, they will probably start leaking within a few decades of their closure. The use of modern technology simply postpones the inevitable.

Your ticket for the: The Waste Crisis