Can We Discipline Ourselves 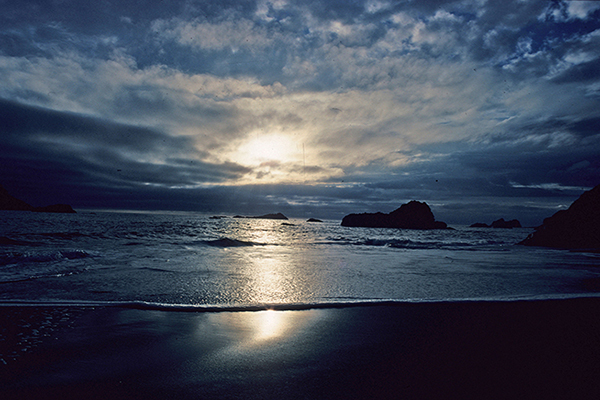 As humans we have the desire to understand and explain the world around us. For millennia we have strived to answer questions about life, physics and natural laws. Now it seems we are forced to seek answers to problems we have caused ourselves. The questions are whether we still have time to act, or whether the natural system have already reached that state of self-dynamics that makes any corrective action impossible.

A mere 150 years ago, natural disasters were practically not influenced by humans at all. For thousands of years we have lived in fear of natural disasters, for thousands of years humans have adapted to life on Earth (by the way, how curious that we call this planet Earth, when clearly it is Ocean). Reacting to events for millennia we have grown incapable to anticipate the outcomes of our actions over the time periods our planet needs to react to man-made pressures and changes. What are the reasons for this inability?

During times, when nature in general seemed to be indestructible, exerting power and control over all things, living or not, was considered a natural right. Nature was considered an interference factor and we did not think, and many still don’t, that our own behavior could, in one way or another, significantly impact the natural systems, let alone throw them out of balance. The reality is that the planet reacts very slow; so slow in fact that it requires long-term observations to measure disturbances, disruptions, breakdowns and malfunctions. Hence, the warning signs reach us with such a delay that we mistakenly conclude we could behave and do what we want without consequence. And so we release smoke, soot and toxins into our environment, polluting the place that gave us life, nurtured us, quenches our thirst, provides food and fills our lungs with air.

An additional handicap is that man’s time horizon is short, at best 25 years. He will, if he was alone, do nothing to protect the earth. In an ironic twist of fate it is our intellectual abilities and our technology-based civilization that now threaten the survival of all living things on earth – including humans. As the German philosopher Hans Jonas put it, in man nature has disturbed itself with our morality being the only mitigation factor. We are approaching the abyss and the fundamental question we are facing is whether or not we will be able to discipline ourselves and change course.

We have lived through paradigm shifts before: we once believed that the sun moves around the earth only to have science prove the opposite. Now we are told that the problems (which can be illustrated with catchwords such as greenhouse effect, depletion of the life-protecting (stratospheric) ozone layer, marine pollution, soil degradation and the loss of species and biotope diversity) don’t exist, are not as urgent, are not caused by us, or a combination of all of the above.

Again, science has been providing evidence to the contrary but many people still believe that the future will be much like the past, the task of avoiding disaster falling to markets and technologies. But think about this: the earth is stable, it does not grow. The input of the sun likewise remains constant. Much of the wealth, derived from that input and stored over tens of millions of years in fossil fuels, has already been consumed in less than two centuries. No technology in the world can alter this equation. The greatest problem is the illusion that subtle changes in course direction could guide us towards a life of cozy shopping malls while ensuring the survival of the natural systems. We need fundamental change instead.

Your ticket for the: Can We Discipline Ourselves

Can We Discipline Ourselves