Why Oceans Are Important To Us 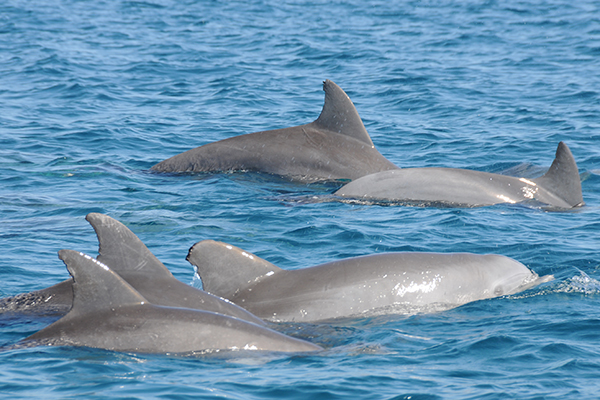 “We have many ways to quench our thirst, but no way to overcome our need for water…its substance reaches everywhere; it touches the past and prepares the future; it moves under the poles and wanders thinly in the heights of the air…If there is magic on the planet, it is contained in water.”

There are about 326 million cubic miles (=525 cubic kilometers) of water on this planet. The largest percentage, 97.4% is found in the oceans.  2.6% is on land and most of this is locked in the great polar ice caps. All the life-sustainable fresh water found in the worlds lakes, creeks, streams, and rivers and in the groundwater or aquifers, represents less than 0.01 percent of the total. Water is virtually and intrinsically important!

The world’s oceans cover 71% of the Earth’s surface. Life probably originated in the seas, and life still depends largely on their well-functioning. Most of the solar heat that hits this planet is stored there, most of the conversion of sunlight to food energy by plants takes place in water, most of the world’s fresh supplies of oxygen are produced by microscopic plant-like organisms floating near the surface of the oceans, the global climate is regulated, and a lot of our food protein comes from the sea. The Ocean is also one of the most important traffic routes and a sink for a large portion of our wastes. It provides natural resources and, to an increasing extent, raw materials for the pharmaceutical industry.

In addition to these primarily material aspects, the ocean has acquired significant value as a recreational area. More and more people seek recreation and relaxation in, or near the water. Marine tourism is one of the most rapidly growing branches of industry.  Proximity to the sea has great value, reflected in incredibly high real estate prices for seashore property. Roughly 70% of the world population lives within 200 km of the coast, and two third of all metropolises, having a population of more than 2.5 million, are situated on the coast. Between 100 and 200 million people live in coastal zones below storm tidal level.  Ignoring these fragile and vital eco-systems can only spell disaster.

From the earliest days of human settlements, up to the industrial revolution, waterways have been a major means of transport. Cities and industrial plants, even after the industrial revolution, have been located on these waterways, because many of them require water for manufacturing and/or shipping to coastal ports. With very few exceptions, all streams and rivers flow into other rivers or into lakes, which, in turn, have outlets to wetlands, bays, estuaries, seas and oceans.

The aggregation of wastes flowing into our streams and estuaries, and ultimately into the oceans, is a biochemical soup carrying thousands of different chemicals. Rainwater and snow melt, that run off from congested urban areas, collect street oil and chemicals as well as many metals. Runoff into streams and rivers adjacent to farmlands carry tons of suspended particles of soil. This is not only damaging to fish but can also choke-out submerged oxygen-giving grasses in coastal woodlands, bays or estuaries. Runoff from timber harvesting activities, especially clear cutting, deprives the exposed land of thousands of tons of soil and has caused the pollution of some of the most valuable spawning grounds for trout and salmon in the Pacific Northwest.

Runoff of the nitrogen and phosphorus components of fertilizers leads to an oxygen depletion in the water. This depletion has caused massive fish die-offs and can wipe out whole areas of marine habitat necessary to maintain the life cycles of myriads of species of aquatic life. Other chemicals, such as DDT can accumulate in the tissues of marine animals to toxic levels, even if they live their entire lives in remote parts of the globe (Antarctic penguins and seal species for example).

The incredibly rapid petrochemical revolution, which forms the basis for this modern age of plastic, has spawned a nearly exponential increase in major sources of pollution affecting our stratosphere, atmosphere, lands and waters. We build this material to last and now, after years of dumping it into the sea, it has come back to haunt us, killing and maiming marine life. Plastic is believed to be the most far-reaching man-made threat facing many marine species, annually killing or maiming tens of thousands of seabirds, seals, sea lions and sea otters, as well as hundreds of whales, dolphins, porpoises and turtles.

We know that the deadly flows we are adding to our oceans do not just disappear.  Many of them do not even decay. In all, this mixture can kill plant and marine life, contaminate food supplies and endanger people and entire coastal communities. With over 50% of the US population now living within 100 miles of our coastlines, it is no accident that the highest chemical contamination can be found in waters of the largest of the cities on these coasts – Boston, New York, New Orleans, Los Angeles, San Francisco and Seattle.

What long-term effects and future afflictions are in store for our “water planet” is beyond our present knowledge, but there is doubt that global environmental changes will have serious effects on the oceans will pose great problems for many countries, and the very existence of some island states may even be threatened. Given the different functions oceans and coastal areas have for human society, conflicts between different interests, such as utilization and protection, will arise.

Your ticket for the: Why Oceans Are Important To Us

Why Oceans Are Important To Us