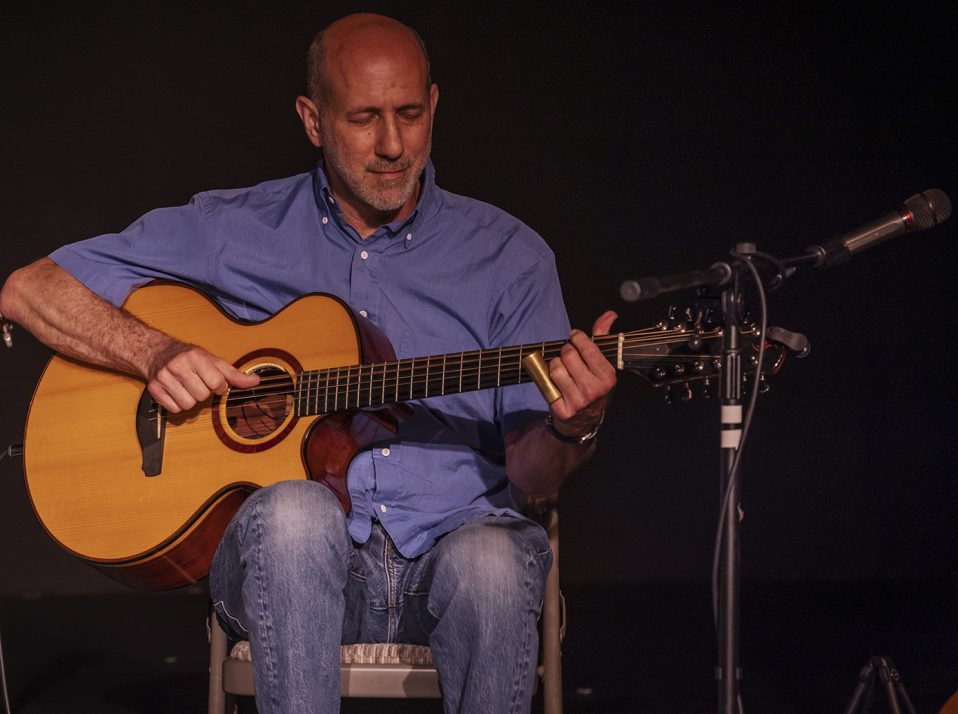 Richard Gilewitz is an American fingerstyle wizard, fascinating listeners with 6 and 12-string finger gymnastics. His signature playing style delivers a technical diversity of banjo style patterns and classical arpeggios with a rhythmic percussive approach, exploring the history of guitar with sounds of folk to Americana, the blues to the classical, ragtime to pop, and somewhere in between. Recognized world-wide as a performer who has a quirky take on everything around him, Richard continues to live up to this depiction with rousing shows filled with offbeat observations combined with his right-hand wizardry and heaps of technique.

Audiences who discover Gilewitz’s instrumentals to be soothing for troubled souls also find his musings tickling their funny bones and giving reason to ponder his stories long after the curtain has lowered. After cutting his chops at coffee houses in college, Gilewitz paused to work as a computer scientist for several years in fields of flight simulation and software design for NASA. But the magnet of a career musician and educator pulled Gilewitz into an arena filled with opportunities to travel and share his music and tales while playing solo or with others.

Music sample: Have you ever seen a rainbow at night

Your ticket for the: Ocean of Notes Concert Series: Richard Gilewitz