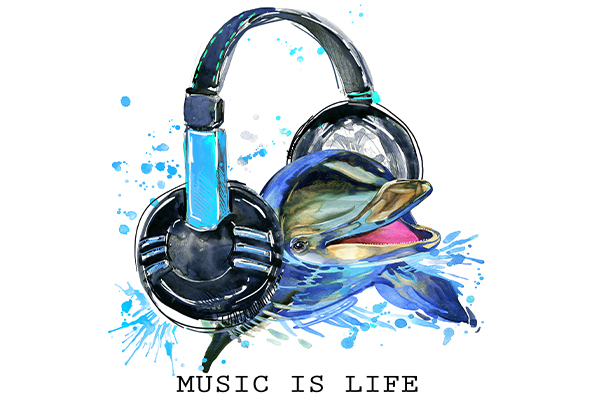 These words of the German philosopher Friedrich Nietzsche, uttered more than 100 years ago, expressed an intuitive understanding of the importance of music for the human existence. While many people may have had a general sense of this to be true, it has been only in recent years that researchers have been able to provide evidence as to the power and influence of music.

Magnetic Resonance Imaging (MRI) revealed that music it is the only human activity that involves each and every region of our brains. Listening to music, in a nutshell, can make you smarter, but play an instrument and you are on your way to being remarkable. No doubt, music enriches people’s lives on the molecular, intellectual, and emotional levels.

Music training and learning an instrument can significantly improve our motor and reasoning skills. Music also helps us exercise. More than 90 years ago, American researcher Leonard Ayres found that cyclists pedaled faster when listening to music than without it. The reason being, music can override the signals of fatigue our body is sending to our brain and so instead of stopping exercising, we continue on. Not only can we push through the pain to exercise longer and harder when we listen to music, but it can actually help us to use our energy more efficiently. Some studies have shown that cyclists who listened to music required 7% less oxygen to do the same work as those who cycled in silence. It is interesting to note that this is mostly beneficial for low- and moderate-intensity exercise. The same is true for ambient noise, which at moderate levels, has shown to promote abstract processing, leading to higher creativity.

But maybe you just like to listen to music and give in to the emotions that come with it.  But be aware that the music we listen to influence how we perceive the world around us. For instance, the way we interpret a neutral expression as happy or sad, matches the tone of the music we just heard. And being able to distinguish between perceived emotions and felt emotions, i.e. allowing us to understand the emotions of a piece of music without actually feeling them, is the reason why we can enjoy listening to sad music, rather than feeling depressed.

No doubt music is not only enjoyable, it is also good for you. It is part of humanity and represents some of the greatest accomplishments of our species. Without it, life would indeed be a mistake.

Your ticket for the: Without Music, Life would be a Mistake