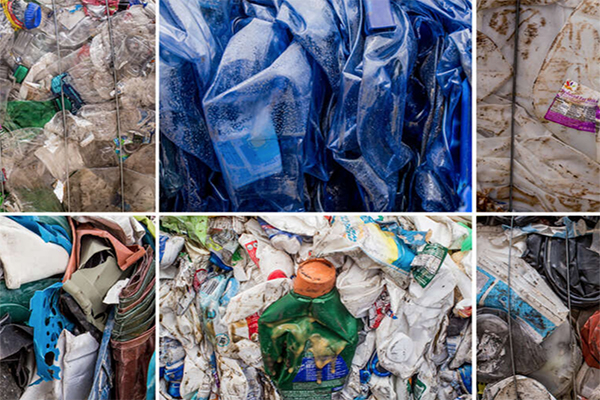 People create a lot of waste and even though it can be processed, recycled and properly disposed of a significant amount of it escapes into the environment. When we talk of marine debris, also known as marine litter, then we refer to human-created solid waste that deliberately or accidentally was released in a lake, river, waterway, sea or the ocean. By broad estimates, 10% of what will become marine litter is thrown away by people directly on the beach, but that 80% actually comes from inland sources, from it is transported by wind, rain and rivers into the oceans of the world.

Marine debris comes in all sizes: from wrecked vessels, large cargo containers and fishing nets, to plastic bags and soda bottles, cloth fibers and plastic beads. Similarly, the materials and substances vary across a broad spectrum: Glass, metal, cardboard, paper and textile make up about 25%, while 75% of all marine litter is composed of various forms of plastic polymers. The most common are plastic bags, beverage and food containers and the very tiny so-called mermaid spheres, which are very small plastic pellets that are used to manufacture all sorts of different plastics and shipped around the world in huge quantities. By all accounts, billions of them have found their way into the environment.

First, ocean litter negatively impact marine life and marine biodiversity and resilience. Litter moves with ocean currents, winds and tides. As a result what we find on our beaches constitutes only a tiny fraction while most of it stays at sea where in some areas we already find six times more micro plastics than plankton. Furthermore, the plastic accumulated through the food chain and poses significant health risk to many species who are unable to distinguish between plastic and their regular diet. As a consequence hundreds of thousands of marine animals, from sea birds, to sea turtles, dolphins and whales die every year, and when we study their stomach content, we find anything from tooth brushes and golf balls, to fishing nets. Some of these animals, such as fish, sea turtles and dolphins, get trapped by ghost nets, abandoned fishing gear that drift across the oceans. Other marine debris end of sinking to the sea floor where they can prevent the exchange between water and sediment, eventually suffocating the deep-sea environment and the life that depends on it. And if that was not bad enough, it turns out that marine litter is also a vector disease and invasive species. Algae or mollusks can attach themselves to floating pieces of plastic and then disrupt ecosystems in places far away from their geographical origin.

Thirdly, we ought to be concerned because the situation will likely get worse in the coming decades. The worldwide, annual plastic production in the 1950s was about 1.5 million tolls. That figure climbed to 300 million tons by 2014 and is expected to reach 33 billion tons by the year 2050. Unless we drastically reduce the mismanagement and losses, hundreds of millions of tons of waste can be expected to escape into the oceans.

Dealing effectively with the marine litter problem requires a multi-pronged approach. Raising awareness and education people is something we have been doing all along but there is not a lot of data that suggests that these efforts have been successful, i.e. produced tangible outcomes.

Beach Clean-ups, while commendable, are not helping much to resolve the problem. For once, only about 10% of all the ocean litter is found on our beaches, and then it clearly does not tackle the actual source of the problem: our constant overconsumption and generation of waste. The idea that recycling and re-use will solve the marine litter issues is nothing more than illusion. It may buy us some time, but what is really needed is a change to our consumption habits.

In order to have clean seas, we need to make a difference on land. All of us.

Your ticket for the: Marine Litter